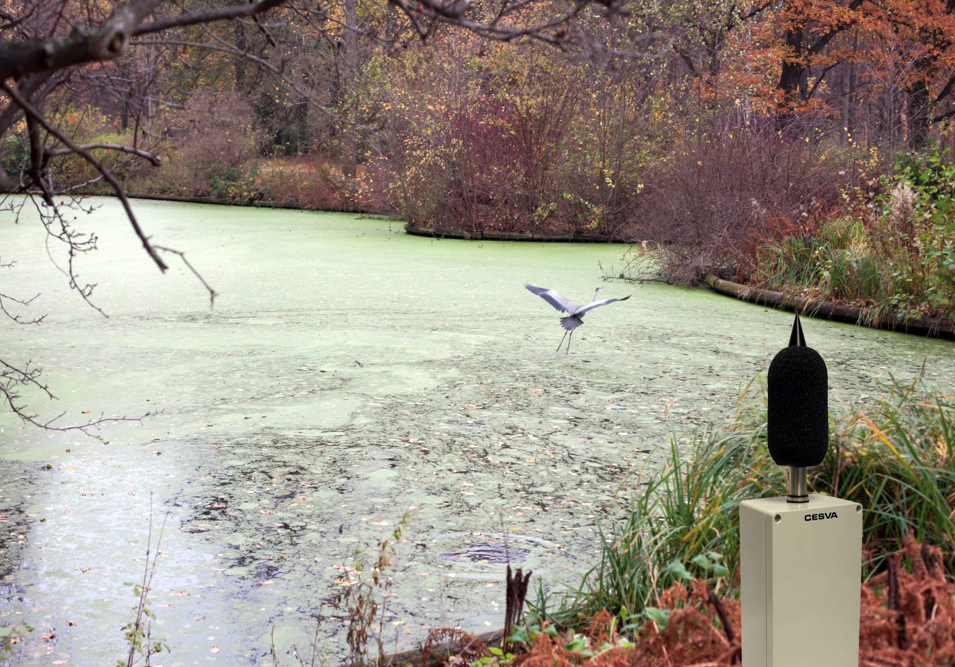 
A long-term project was proposed to cover with plants and moss much of the outer walls and ceilings of the train station next to the zoo in Berlin. Microphones and transmitters would be installed in the Tiergarten and at the Zoo near various animals picking up their vocalizations and other environmental sounds.
These sounds will be transmitted back to the area below the train station where there is a viaduct, amplified through loudspeakers. A sensor would lower the volume of this transmission when the noise from cars and others is very high, and it would raise the sound levels of the transmission when the urban soundscape is calmer. 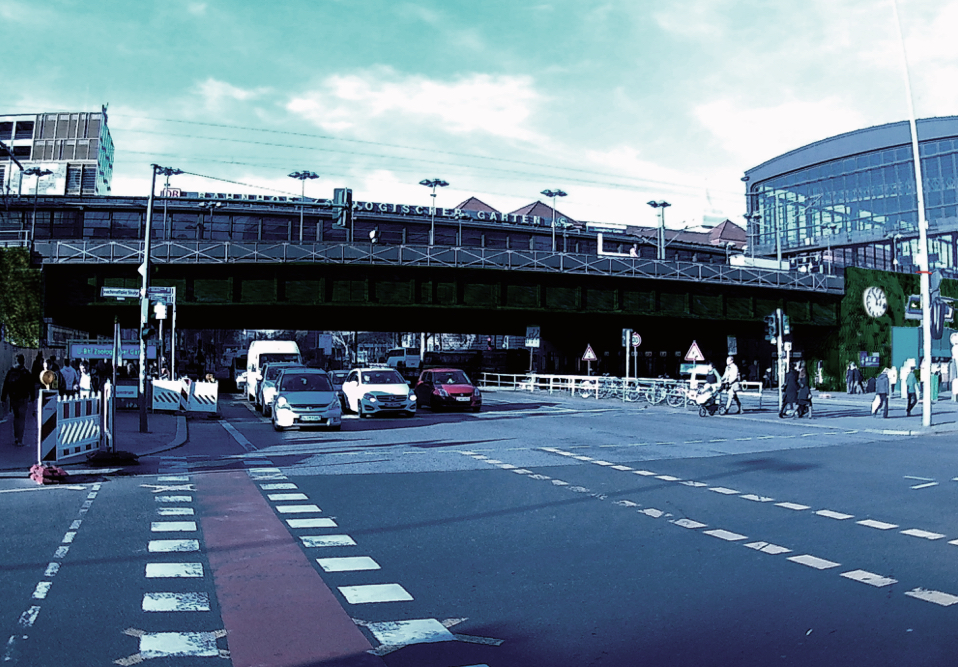 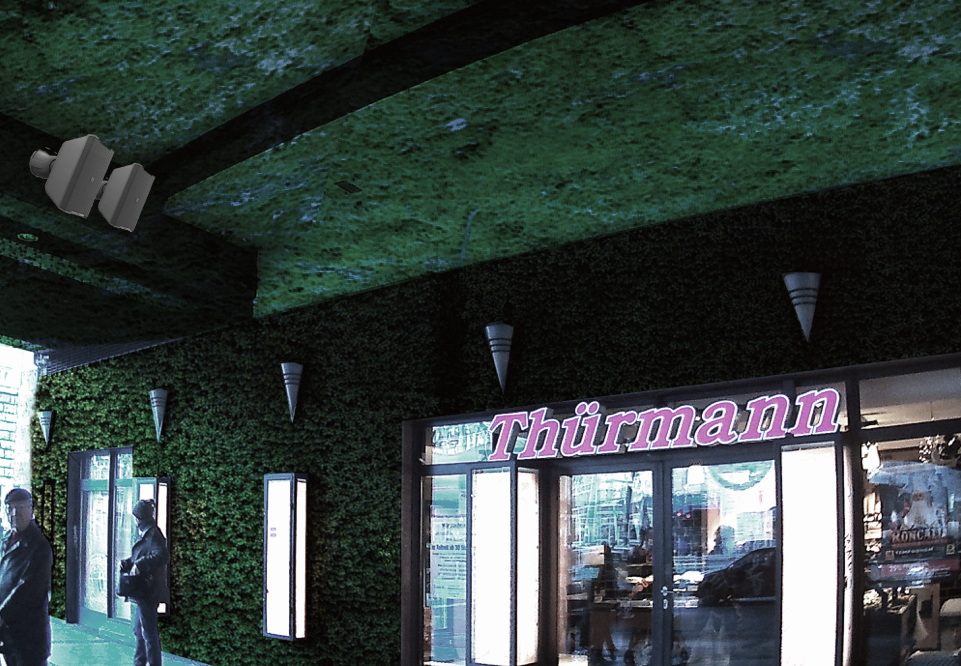 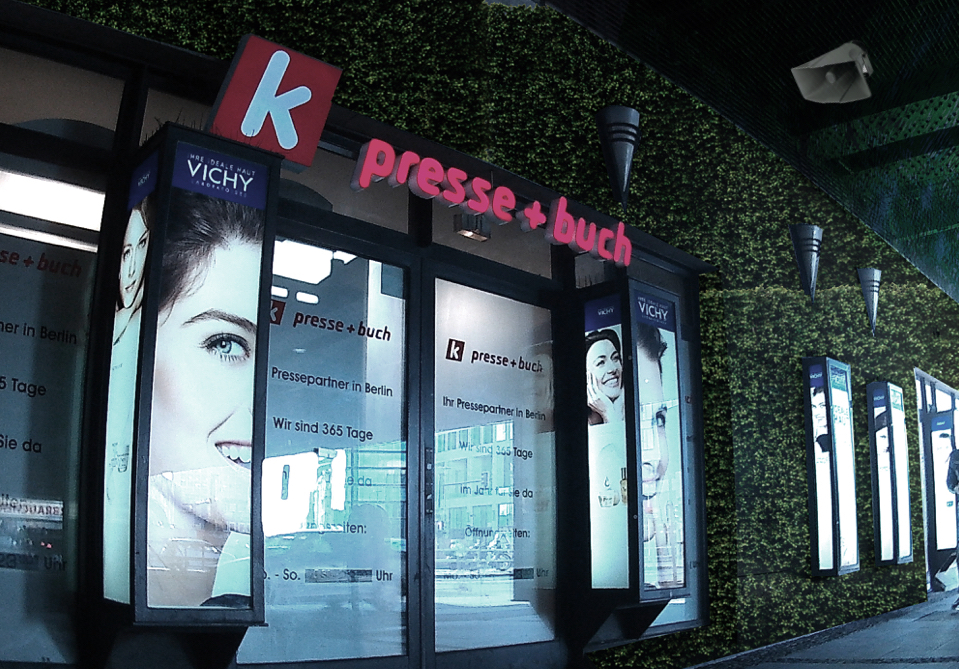 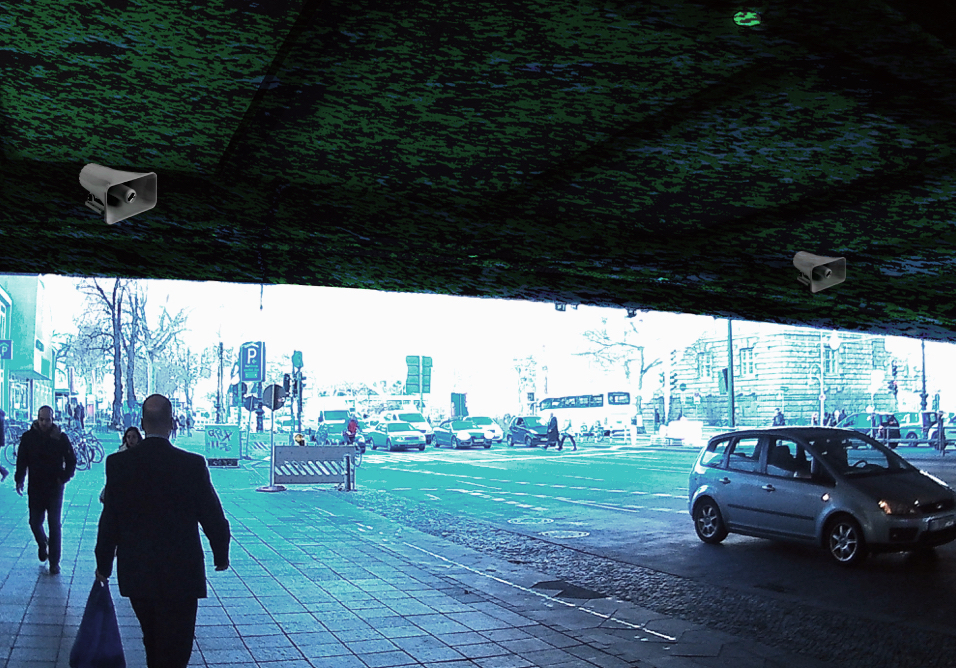 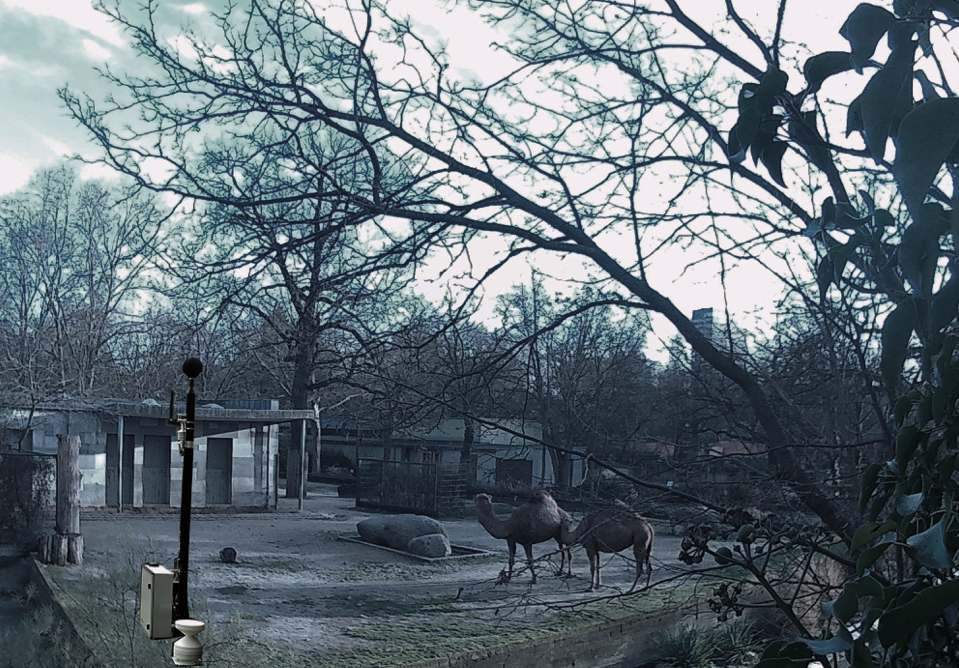 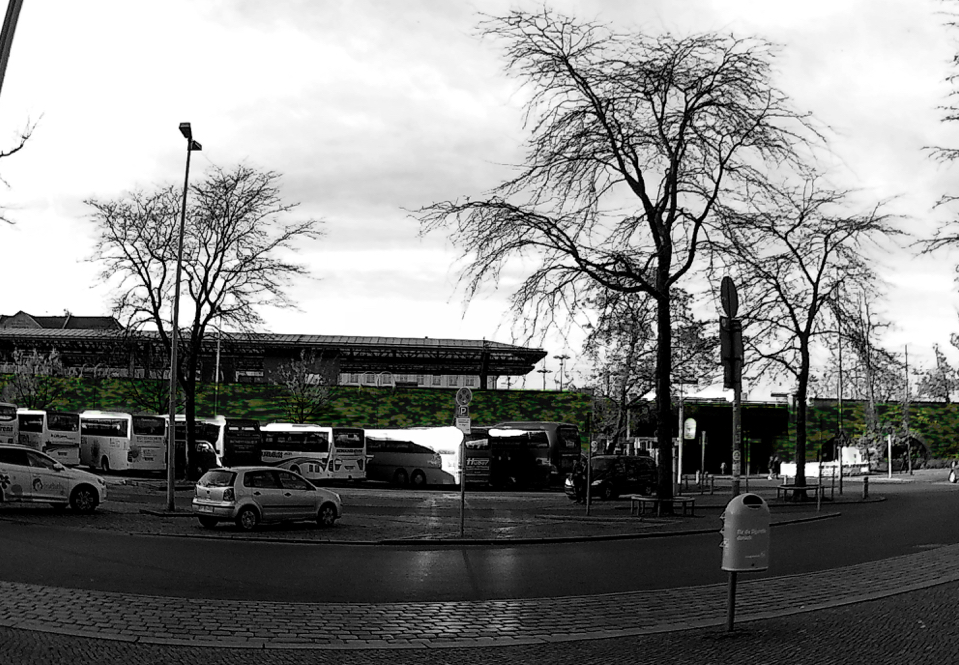 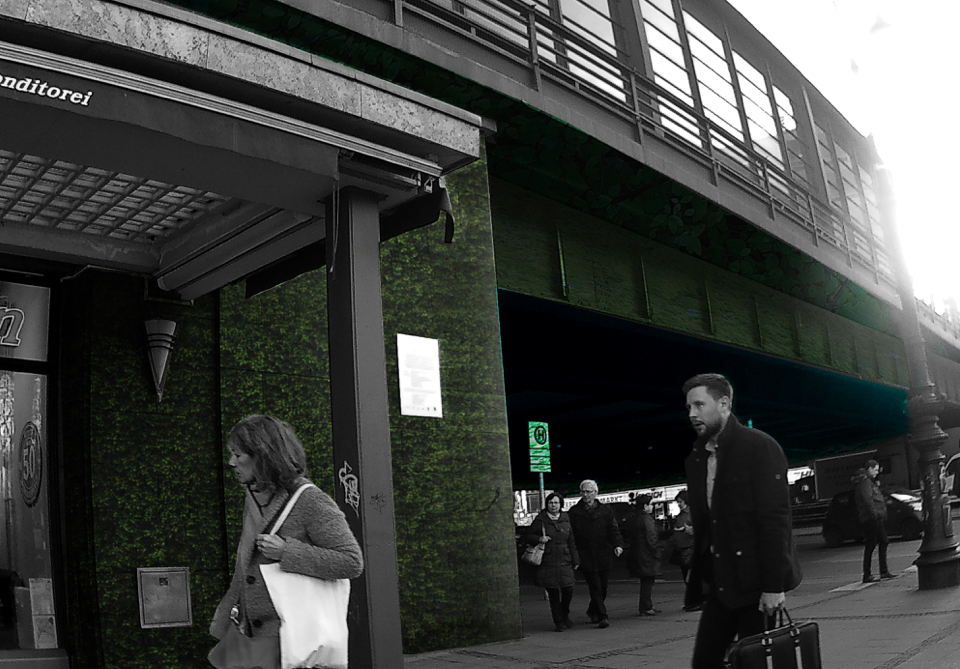 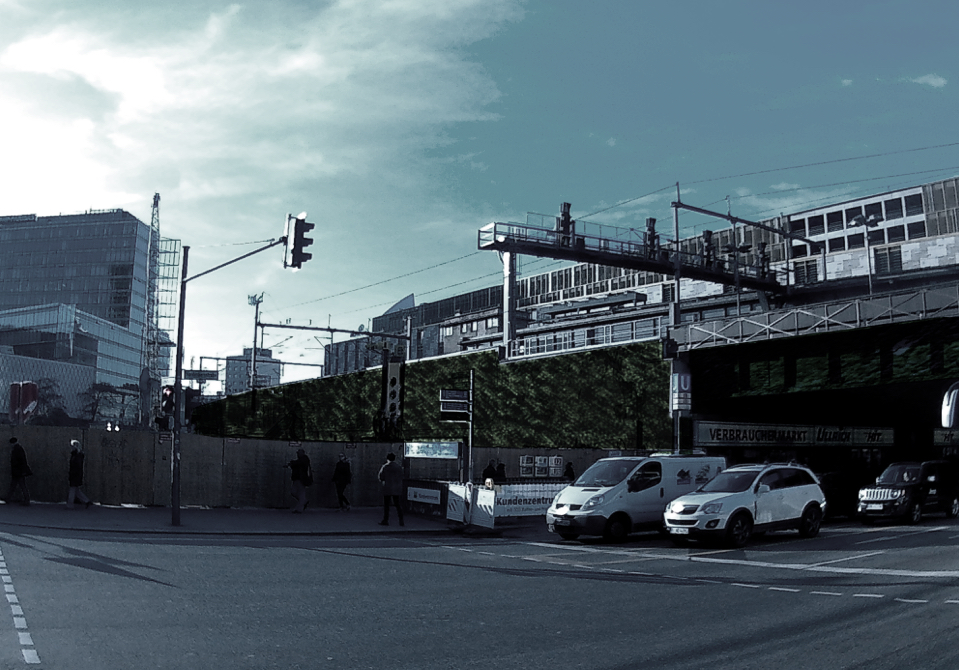